Magma is an open-source, flexible, and extendable mobile core network solution. It is designed to be 3GPP generation and access network agnostic. Magma supports many radio technologies, such as LTE, 5G, and WiFi, and it enables use cases like mobile private networks, fixed wireless access, or mobile edge computing. It is governed by the Linux Foundation, and it is being developed and supported by an open-source software community.

We explained in a previous the process of deploying Magma on AWS manually. This post shows how to fully automate the deployment and lifecycle management of Magma on the AWS Cloud.

As illustrated in Figure 1, There are three key components in the Magma architecture: 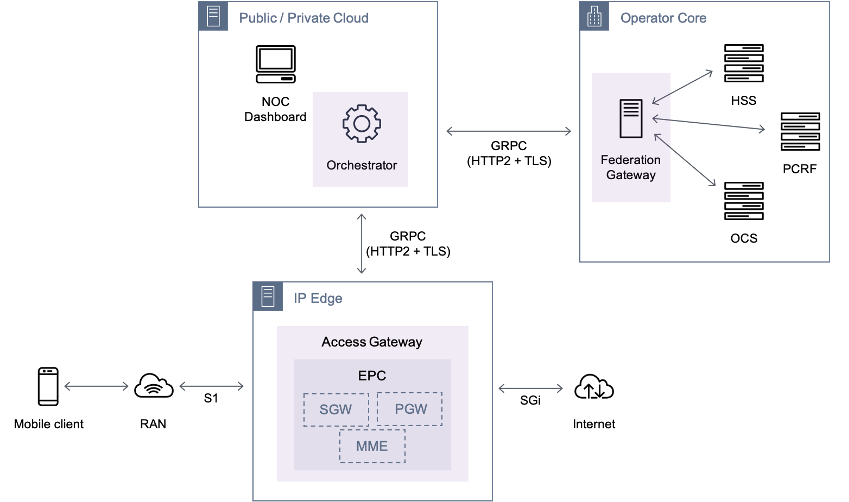 This blog post’s focus is on the automated deployment of the AGW and the Orchestrator components. Depending on the use case requirements, there are three possible deployment models for Magma on AWS:

In the following sections, we detail how we can streamline the deployment of Magma on the AWS Region using AWS developer tools. However, the same principles can be applied for the rest of the deployment models mentioned above.

First, let’s have a look at the infrastructure that is needed for running Magma AGW and the Orchestrator in AWS Region, which is shown in Figure 2.

Magma Orchestrator is deployed using Helm on an (Amazon EKS) cluster. Amazon Application Load Balancers serve as an entry point to the ingress services exposed by the Magma Orchestrator. An Amazon RDS for PostgreSQL database instance keeps the states of the Orchestrator and the network management system (NMS).

Magma AGW is provisioned as an EC2 instance with ENIs in two private subnets (S1U/N3 and SGi/N6) within its dedicated VPC. A NAT gateway provides the Magma AGW access to the internet or the service provider’s network. The UEs or mobile clients connect to the Magma AGW via the 3GPP S1U/N3 interface. For the sake of simplicity, we assume that the connectivity from the radio access network (RAN) to the Magma AGW has already been set up, for example, using AWS Direct Connect. A hosted zone in Amazon Route 53 defines the DNS records needed to access the Magma Orchestrator web administration portal.

In a previous we describe in detail how AWS tools and services can be used to fully automate the deployment and upgrades of mobile network functions. The deployment and lifecycle operations of Magma have been fully automated using a collection of AWS developer tools, such as AWS CodeCommit, AWS CodePipeline, and AWS CodeBuild. Following a GitOps approach, the infrastructure is defined as code (IaC) alongside application code, versioned in a git repository, and then provisioned following the same merge request process as the application software code. GitOps combines infrastructure as code (IaC) with git version control and automated continuous integration and continuous deployment (CI/CD).

The separation between infrastructure and Magma automation pipelines is intentional and allows for having separate DevOps teams that focus on a given domain within an organization. There are a total of four independent pipelines, divided into two categories: infrastructure resources and Magma resources. The automation pipelines follow a reusable pattern with the following stages: 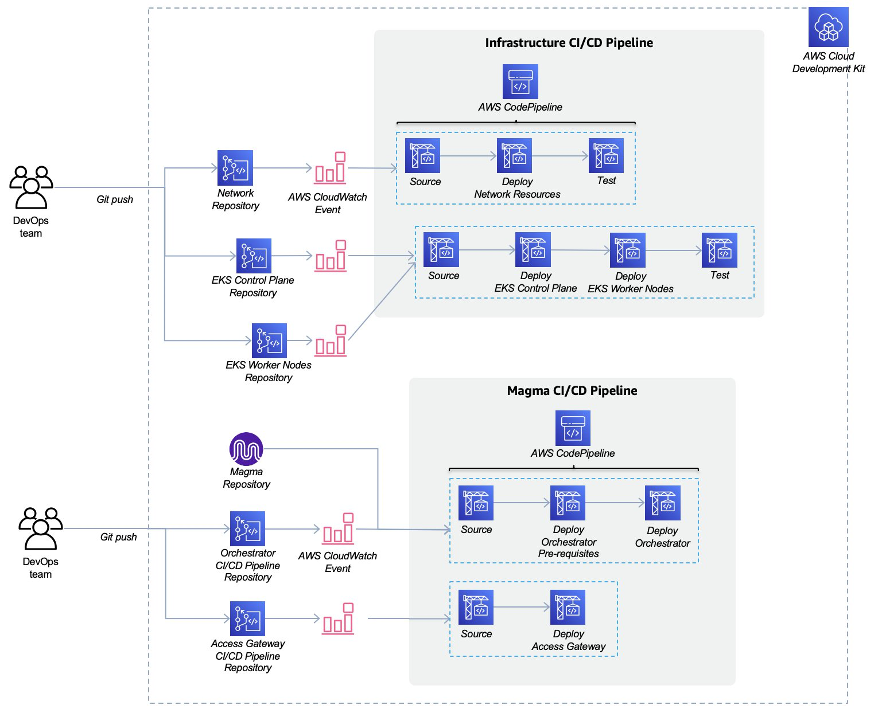 In order to successfully deploy Magma infrastructure and its services for the first time, the automation pipelines must be executed in the proper sequence. For instance: VPC and subnets need to be created before the EKS cluster. The sequence of tasks to deploy Magma on AWS is defined as a state machine that AWS Step Functions orchestrates. By doing so, the service lifecycle management operations, such as the initial deployment of Magma and the underlying infrastructure, can be fully automated and triggered by a single API call. Figure 4 illustrates the different steps (states) used within AWS Step Functions to orchestrate the entire process of deploying Magma. 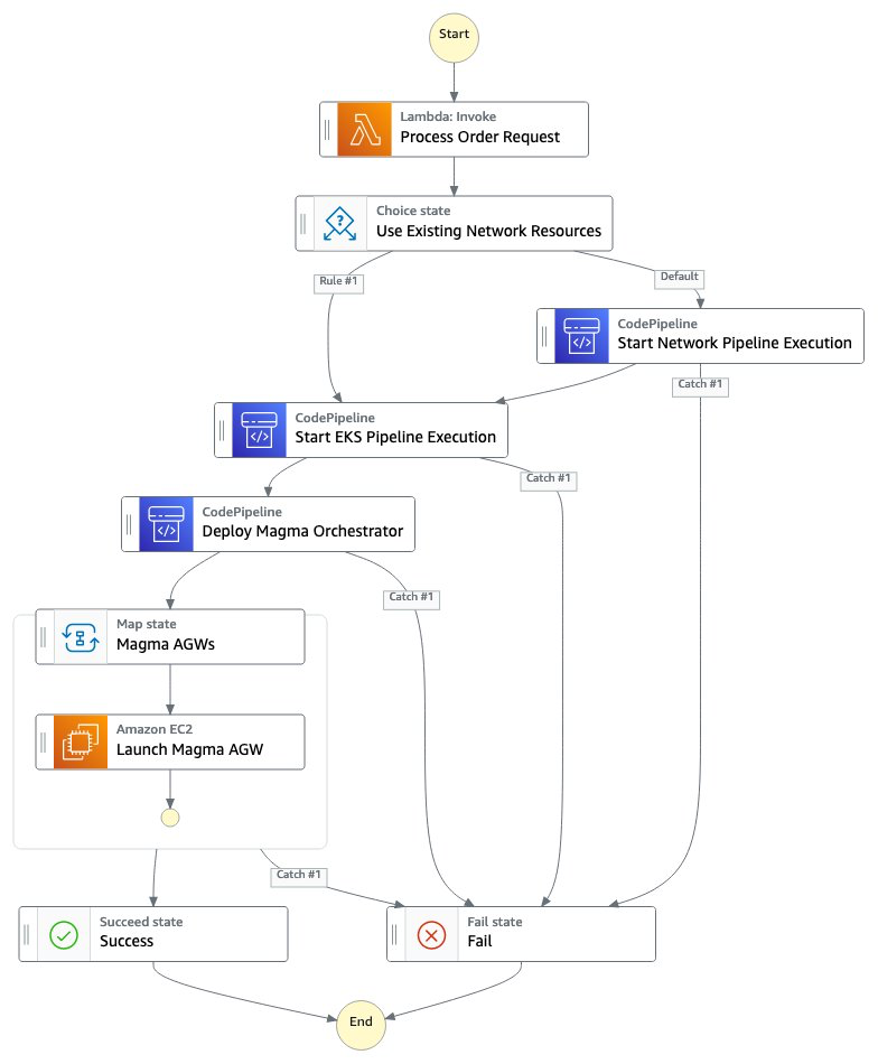 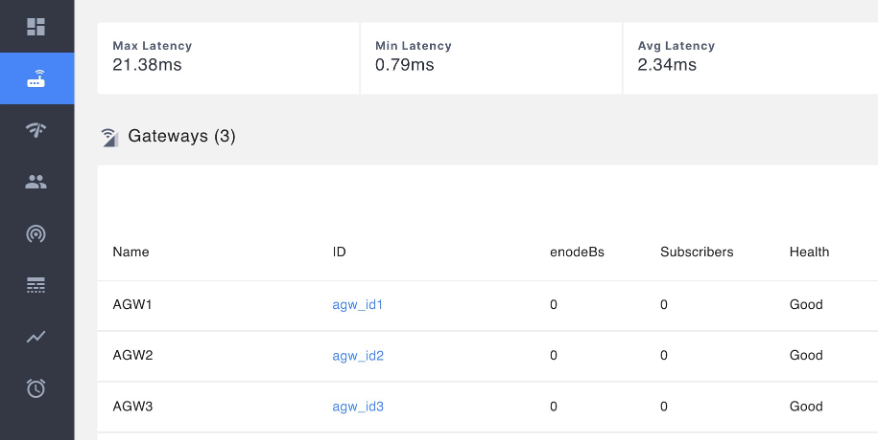 Because we are using a GitOps approach with CI/CD pipelines to deploy the different components of the Magma service and its underlying infrastructure, we can deploy updates to the existing resources just by merging the desired change to the git repository that contains the CDK template to be updated. The change in the CodeCommit repository generates a CloudWatch event, which at the same time will automatically trigger the execution of the CI/CD pipeline that is associated to the repository.

The Magma service deployment on AWS can be torn down by destroying the underlying infrastructure resources as well as all the CI/CD pipelines. This can be done via a single API call and it has been implemented using AWS Step Functions, where in the execution input you have the option to specify whether the existing EKS cluster and network resources should also be deleted. If you set the deletion of EKS and network resources to true, the state machine will delete all the resources associated to Magma. 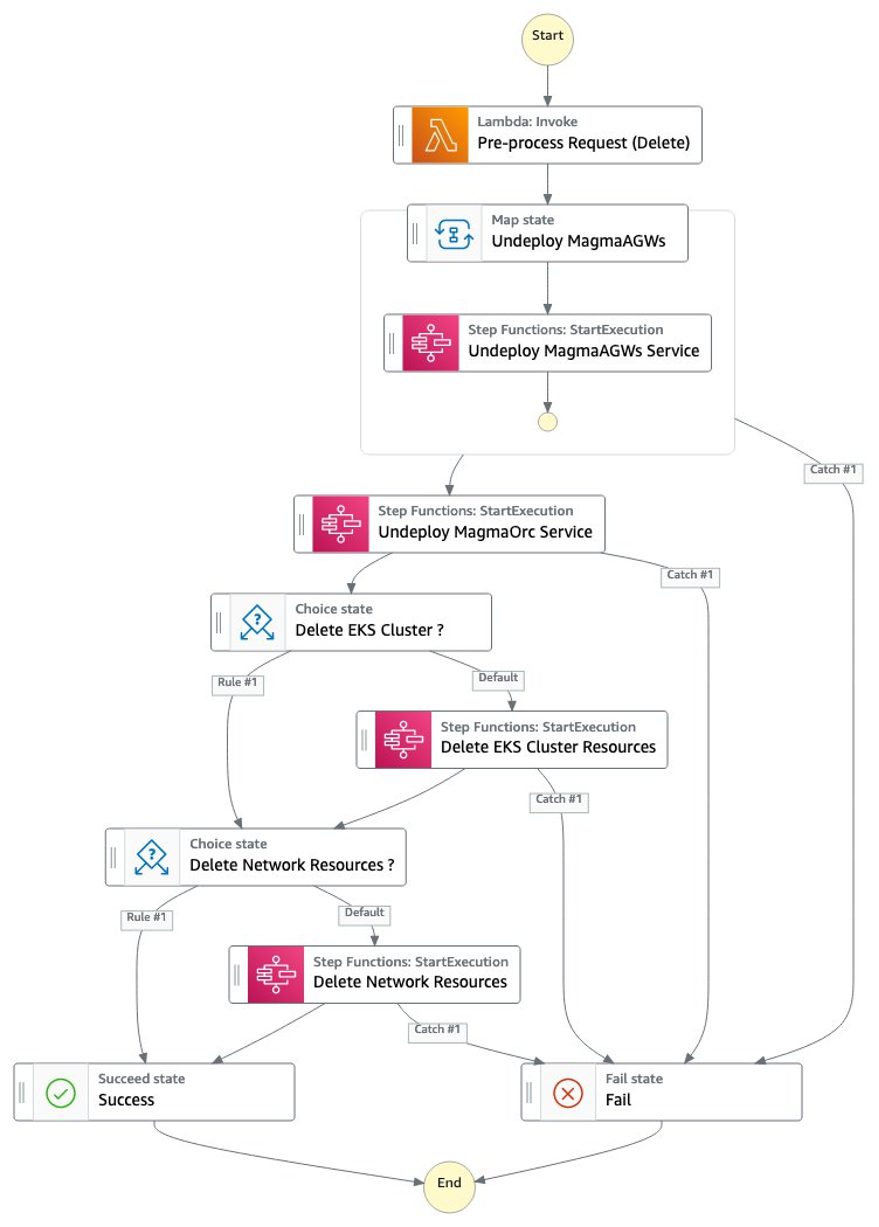 Magma provides operators and vendors an open, flexible, and extendable mobile core network solution. Its simplicity and lower cost structure empower innovators to build/experiment with mobile networks as was never before.

By using AWS managed services and AWS developer tools, we were able to automate the lifecycle management of Magma on AWS. With a single API call, you can now deploy Magma Orchestrator, Magma Access Gateways and the required underlying infrastructure without any manual intervention. Moreover, you can also continuously deploy any changes and updates to the Magma services and infrastructure in a fully automated manner.

In order to learn more about how operators are reinventing communications together with AWS, please refer to Telecommunications on AWS. 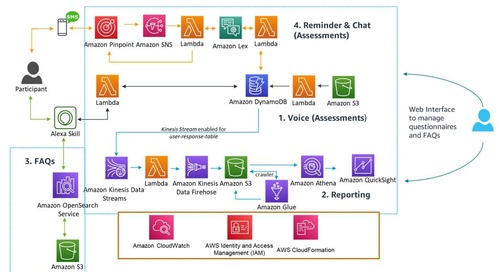 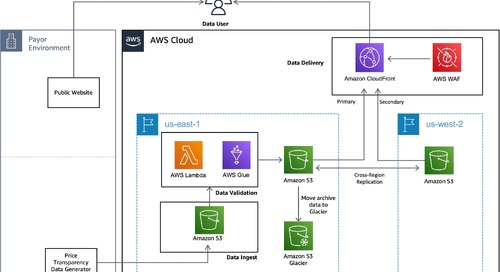 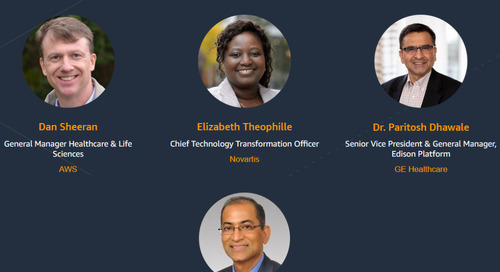 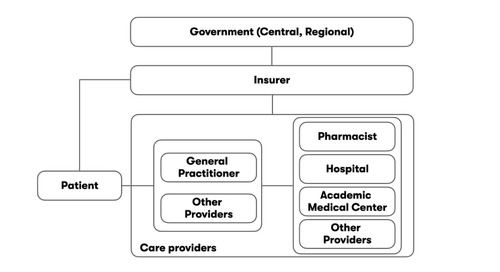 Data fragmentation in European healthcare systems is a growing challenge. Data mesh technology can help to build a data collaboration platform that connects the central and regional government... 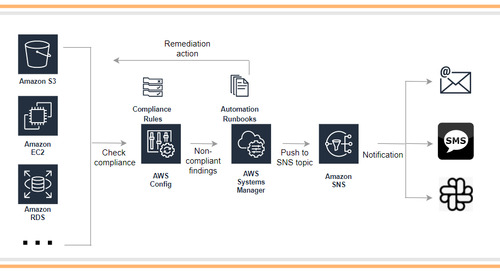 How to Monitor, Alert and Remediate Non-Compliant HIPAA Findings on AWS

On the journey to the Cloud, it’s essential to maintain the Health Insurance Portability and Accountability Act (HIPAA) compliance for Healthcare organizations. However, your IT security team may... 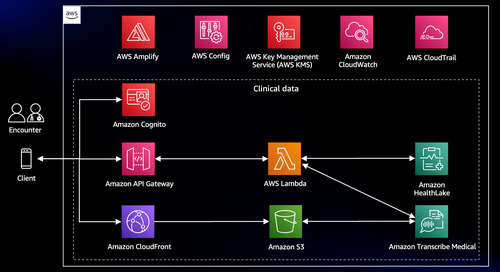 In this blog we will highlight a presentation we gave at re:Invent 2021: Creating interoperable real-time clinical applications.  We will demonstrate how to create a clinical voice driven... 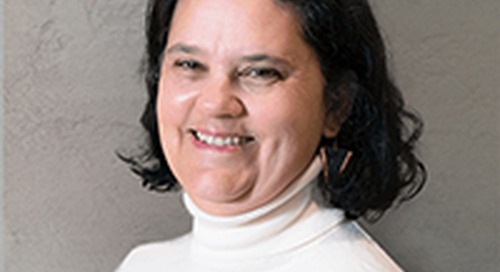 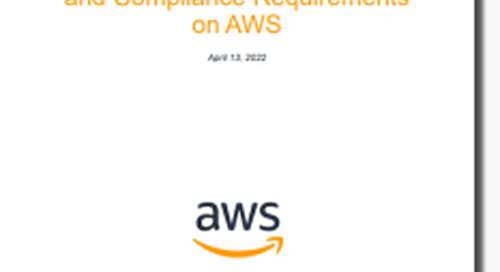 Whitepaper: Navigating Regulatory and Compliance Requirements for HCLS on AWS

For customers, and partners, it can be a struggle to understand the complexities of regulatory and compliance requirements. To understand what Amazon Web Services (AWS) is doing to support these... 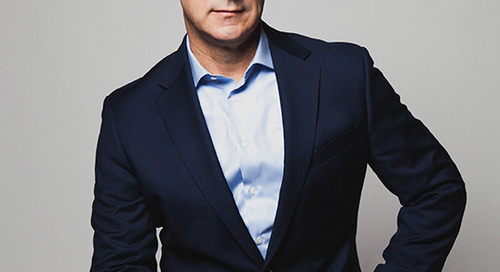 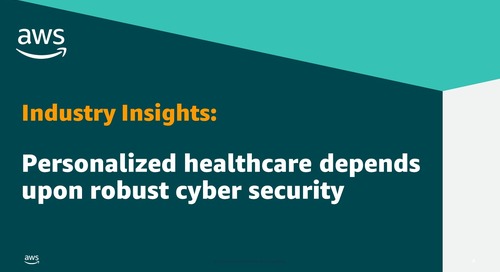 This Industry Insights post is one in a series from AWS thought leaders in healthcare, life sciences, and genomics- exploring the impact of technological innovation and cloud computing in their...

The Transparency in Coverage Rule (TCR) in the United States requires health insurers (payors) disclose information on their pricing agreements with healthcare providers. There are two phases to... 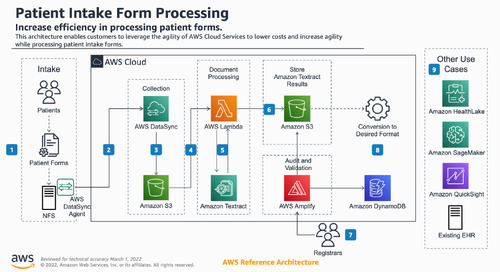 Even in this digital age, when healthcare systems are building out digital front doors, many providers require patients to fill out paper forms or questionnaires in writing at the time of their... 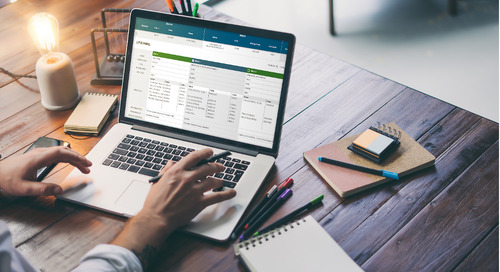 Blog guest authored by Charlie Clarke, Yanni Pandelidis, and Bill Robinson from hc1 A back-office challenge between provider networks and diagnostic testing organizations is the sharing of common... 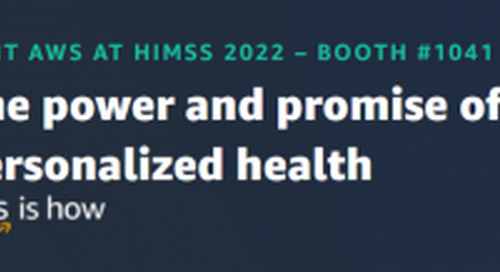 AWS for Healthcare at HIMSS22

The HIMSS Global Health Conference & Exhibition is the largest health information and technology event of the year, providing professionals with opportunities to connect, learn, and innovate. This... 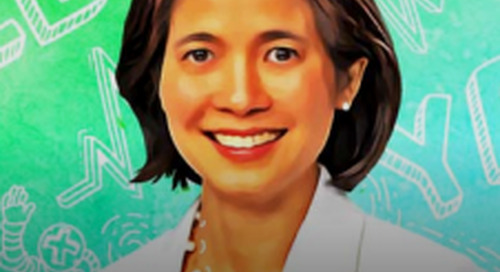 AWS for Healthcare at ViVE 2022

The AWS Healthcare Team is excited about the upcoming ViVE event in Miami on March 6-9. ViVE is a new event that brings together two industry leaders, CHIME (College of Healthcare Information... 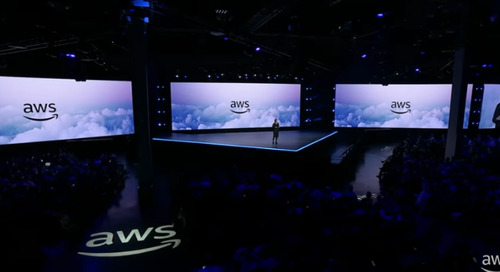 Amazon Web Services (AWS) celebrated 10 years of AWS re:Invent. During that time, many customers have taken the re:Invent stage to share their stories and details of exciting innovations. To mark... 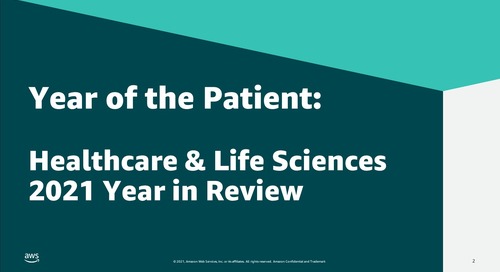 The Year of the Patient: Healthcare & Life Sciences 2021 Year in Review

For some, 2021 was definitely a year to forget and for others it was filled with moments to remember. COVID-19 impacted every aspect of life, but for health organizations, like hospitals, life... 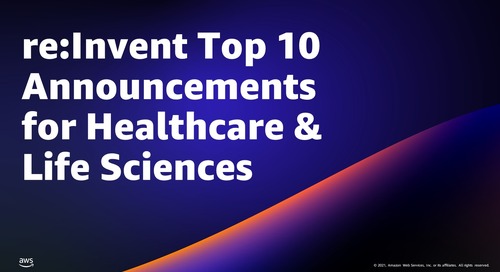 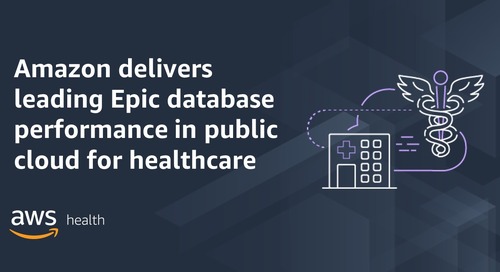 AWS has, again, increased scalability of global references per second (GRref/s) for Epic on AWS customers. This represents a 260% increase since being approved as a public cloud provider for Epic... 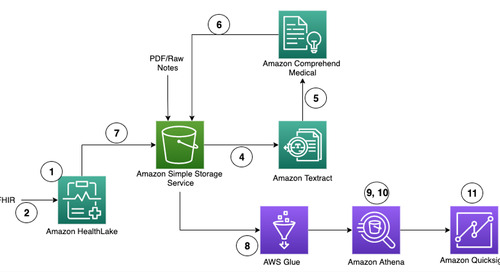 In this blog post, we discuss how to leverage Amazon HealthLake, Amazon Textract,  Amazon Comprehend Medical, Amazon Athena, and Amazon QuickSight to further innovate and simplify healthcare prior...