Properly de-identified electronic health record (EHR) data is imperative to curate data sets for use in creating insights into population health. Being able to automate this incredibly manual and time-consuming process would speed up your health informatics innovations and time-to-market.

The adoption of artificial intelligence (AI) in healthcare is driving the curation of large medical record data sets. The use of medical record data to train machine learning algorithms requires mitigation of privacy risks to individuals represented in the data set.

In the United States of America, the Health Insurance Portability and Accountability Act of 1996 (HIPAA) Privacy Rule outlines the standard for de-identification of protected health information (PHI). Safe Harbor is one of the methods by which health information can be designated as de-identified as provided by the HIPAA privacy rule. It outlines the removal of specified individual identifiers that could be used alone (or in combination with other information) to identify the individual.

The process of de-identification is manually intensive, requiring the isolation of individually identifiable data elements, and removing substantial context and structure to conceal identifiers. As a consequence, de-identification reduces the scalability and generalizability of AI solutions in healthcare.

The team developed AI/Machine Learning (ML) algorithms for this use case to demonstrate the savings in manual effort when de-identifying protected health information.

A data set of medical records was curated from over 34,000 HL7 messages used to communicate clinical information between various healthcare IT systems. The training dataset was manually de-identified. PHI/Identifiers were concealed with synthetic phrases corresponding to semantically relevant de-identified entities, which retains the original context within and across patient medical record data. Synthesized data was generated for each PHI data element based on the data element entity type. 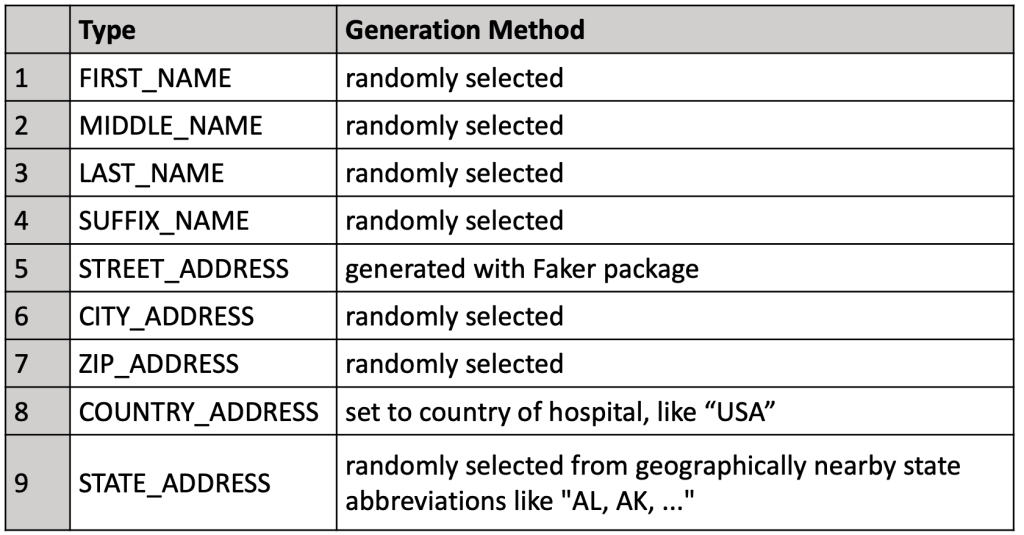 We generated the names using lists from the IMDB persons dataset [1], combined with names available via the Python Faker API. We sampled the names until exhausted (without replacement), after which the list of names was re-initialized. The size of the message sample, and the size of the hospital from which we draw, influenced the number of unique patients.

Since 560,000 first names and more than 11 million last names were used, it is possible that names were repeated in one of these fields. However, the probability of a full name being repeated remained very low.

The name suffix, city, state, and zip code were drawn from a list of geographically relevant values for the given hospital. Street addresses were randomly generated using the Python Faker API. Hospital IDs were replaced with random alphanumeric character sequences in the same format.

The alphanumeric values were replaced by using a formatting string with the following simple conventions:

The Safe Harbor 18 identifiers were grouped into five entities and used as labels for machine learning. An additional entity representing non-PHI data elements was included (Figure 2). 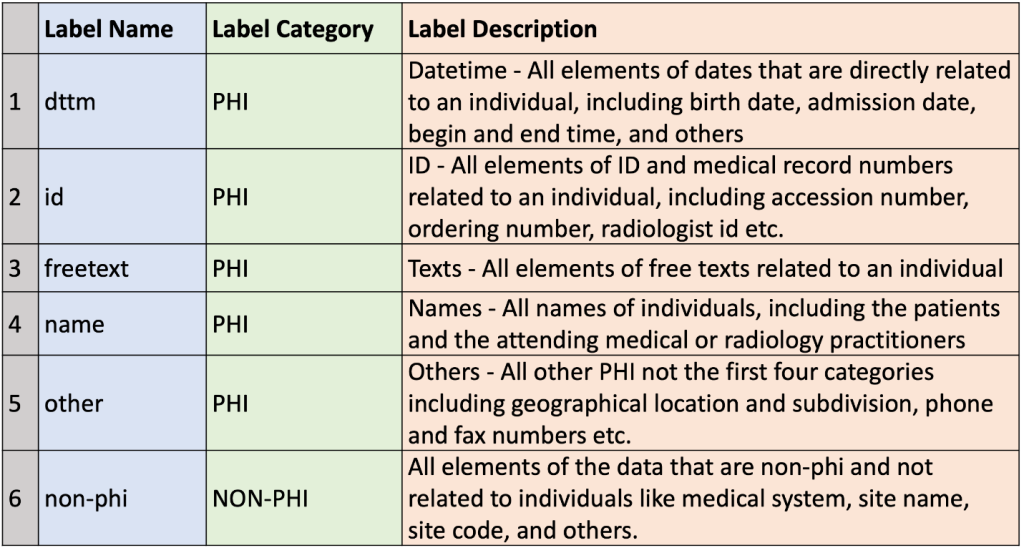 The ProServe team trained a character-level convolutional neural network (char-CNN) to predict the entity label for each data element. This allows for flagging of the detected PHI based on the predicted entity type. The char-CNN for text classification is a better choice for our task than models with word-level embedding. This is because of the smaller discrete space in the texts we worked with. The char-CNN model generalizes better when using out of vocabulary (OOV) words like ID’s and medical numbers.

The model to detect PHI was trained on entity values and the resulting output was a vector of the predicted entity probabilities. The length of the vector for each output was the number of fields (or classes) the model was trained on. For this char-CNN, the sequence of encoded characters was used as input to the model.

The model was trained for 10 epochs and evaluated using a hold-out test set. The following (Figure 4) are the model evaluation metrics using the model trained on six labels. The accuracy and macro average F1-score from evaluating the model on the unseen test set are 0.9865 and 0.9868 respectively. The model performed very well across all the different entity types with Precision and Recall greater than 0.9. The precision for the “freetext” entity type is the lowest among the six categories with a score of 0.9015. This is because of the structure and variability in the character composition of the freetexts contained in the dataset.

For the binary PHI classifier that distinguishes PHI from non-PHI, the team trained the model using the same approach as the one above. The decision for converting the predicted probabilities to class labels are governed by the parameter called the decision threshold. The evaluation metrics using a decision threshold of 0.5 is shown below (Figure 5).

Machine learning prediction algorithms are generally designed to maximize the number of correct predictions. However, in practice, PHI detection applications may emphasize high sensitivity or recall.

For a given PHI detection method, the precision, recall, and accuracy can be modified with a classification probability threshold. For this decision threshold, the performance is summarized using a 2×2 confusion matrix. Let TP and TN be the numbers of correct predictions for the positive and negative samples, respectively. Changing the decision threshold will results in significant changes to the TP and TN depending on the value of the threshold.

The plots below (Figure 6) shows predictive model performance for the PHI and non-PHI binary classification task.  The accuracy details how often our model is correct in predicting a PHI entity or not. The number of missed PHI (Class 1’s) is approximately three out of every 1,000 samples.

In our use case, it’s imperative that the number of false negatives are reduced to negligible values. The samples not classified as PHI are then reviewed manually by humans, which can be implemented using automation by using Amazon Augmented AI (Amazon A2I). Amazon A2I brings human review to all developers. It removes the undifferentiated heavy lifting associated with building human review systems or managing large numbers of human reviewers whether it runs on AWS or not. 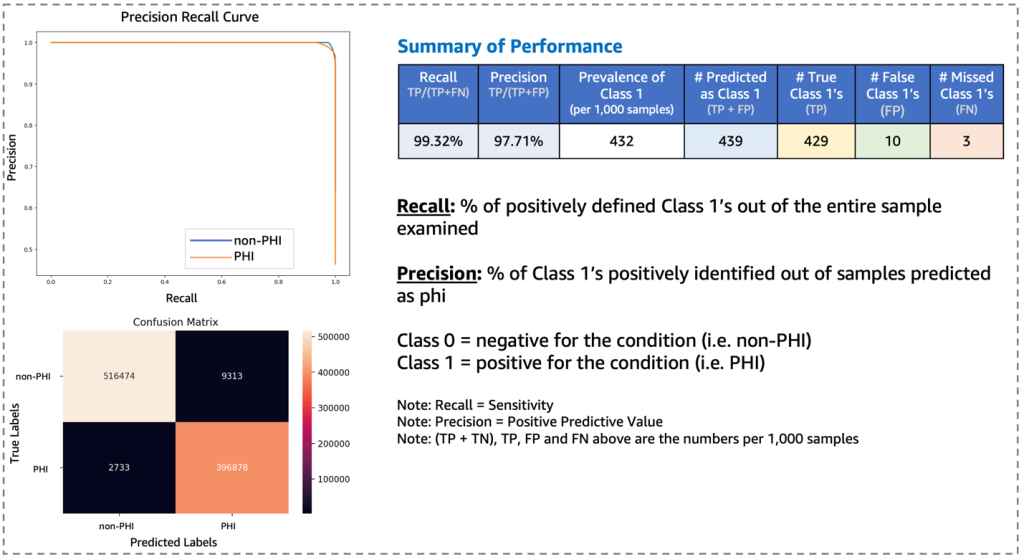 For the PHI detection analysis, an additional step is needed after setting the optimal decision threshold. This optimal threshold will be set by stakeholders depending on a cost function. This function defines the expected cost for a false positive error (FPR) and a false negative error (FNR). The total expected cost is the sum of the false positive cost and false negative cost. Overall, use of this automated method is expected to cut the average time it takes Philips to de-identify HL7 data elements by 67%.

Through this use case, the team demonstrate a scalable and robust approach to automatically detect and remove PHI in healthcare medical record data using machine learning. We demonstrate the utility of our approach on HL7 messages, noting that the approach is scalable to any data schema. The automated approach substantially reduced the time and effort in pinpointing PHI in large data sets while providing a configurable degree of de-identification.

Additionally, the approach overcomes poor data veracity, through the ability to pinpoint PHI in unexpected or unknown locations of a medical record. The ability to automatically detect PHI and de-identify medical records will facilitate the creation of large medical record data sets and accelerate the development of robust analytics and AI solutions in healthcare.

To learn more about AWS for Health—an offering of curated AWS offerings and AWS Partner Network solutions used by thousands of healthcare and life sciences customers across the globe—visit AWS for Health and AWS Healthcare Solutions or speak with an AWS Representative.

[1] We agree to all the terms of IMDB’s copyright/conditions of use statement and this data is used for non-commercial purposes. 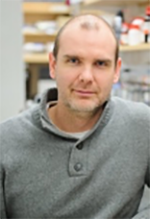 Shawn Stapleton, Ph.D. is the global Data Science and Innovation lead for Philips Data Management and Interoperability Solutions. He earned his MSc and PhD in Medicine, Biology, and Physics from the University of Toronto. Dr. Stapleton has extensive experience in data science and real-world application of AI across the healthcare continuum. 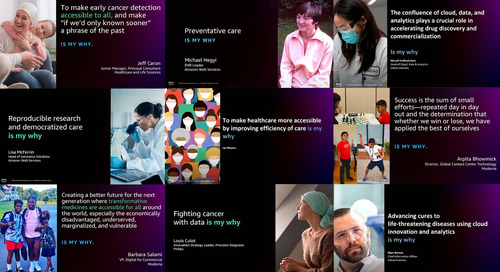 re:Invent is an opportunity to dive into innovative technologies and explore new ideas, and for healthcare ... 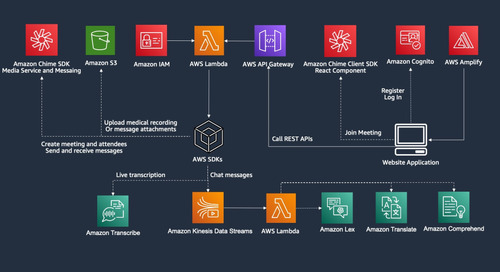 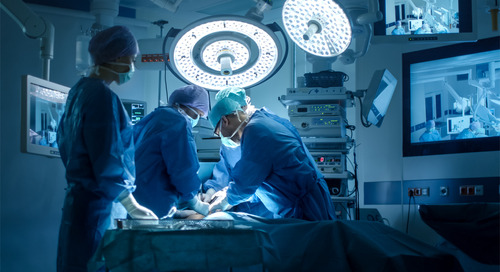 Blog is guest authored by Dr. André Sander, CTO at ID Berlin and Roland Kopetsch, GM at SectorCon Surgical care is an essential part of healthcare. Yet, the growing volume of surgical procedures... 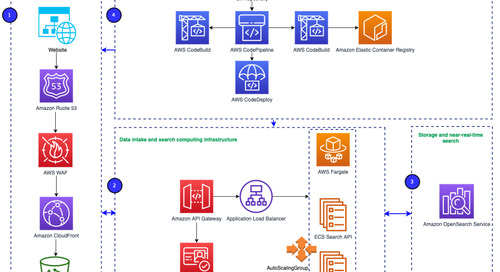 In the era of large volumes of dynamic data, researchers need a platform that will allow them to ingest data, search in near real-time, and visualize data by using dashboards. Utilizing the Amazon... 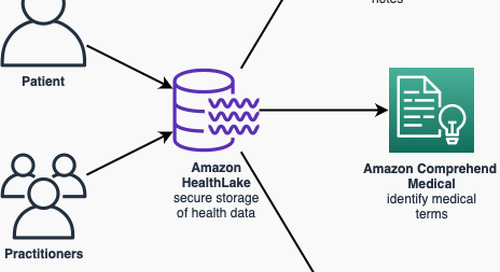 Every day our digital experiences are highly infused with personalizations. Yet, the patient and clinical experience in healthcare remains mostly unaffected. We’ll show what a modern digital... 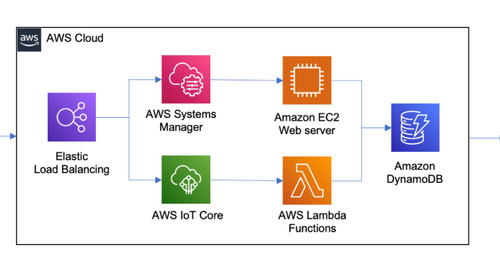 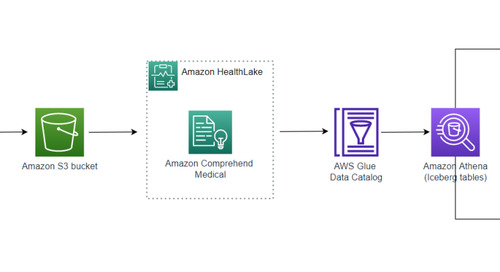 Blog is guest authored by Meen Chul Kim from Children’s Hospital at Philadelphia The ability to quickly and securely share data is a critical success factor for researchers around the world... 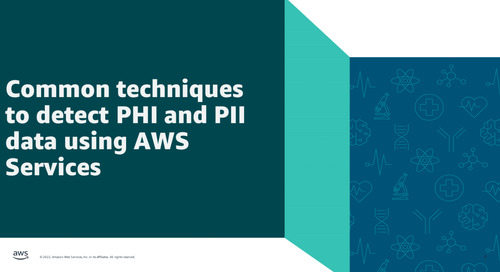 Identifying sensitive data such as protected health information (PHI) and personally identifiable information (PII) and taking appropriate action to safeguard it, is an important step to achieve... 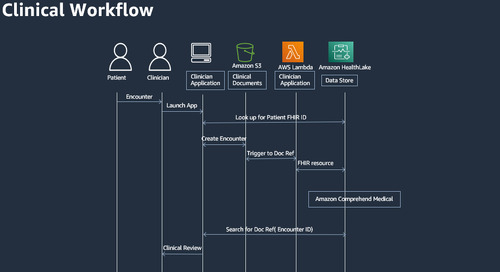 Having ready access to clinical context helps radiologists eliminate assumptions and better apply their skills and expertise in rendering final reports. An automated extraction of relevant...

re:Invent is an opportunity to dive into innovative technologies and explore new ideas, and for healthcare and life sciences (HCLS) organizations, it is the time to think about how to reinvent... 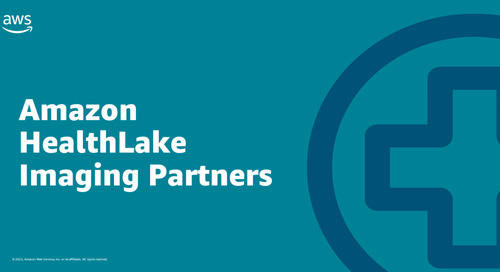 Amazon HealthLake Imaging is a new HIPAA-eligible capability that enables healthcare providers and their software partners to store, access, and analyze medical images at petabyte scale. For... 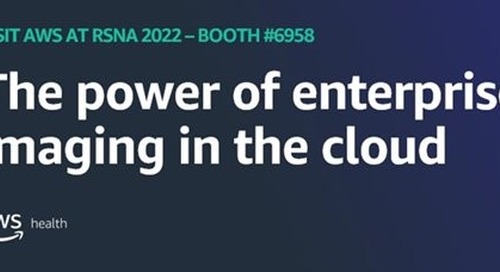 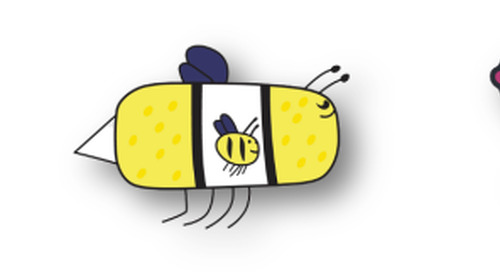 Celebrating its 11th year, AWS re:Invent 2022 is gearing up to deliver a week of inspiring content, educational workshops and boot camps—all with plenty of peer-to-peer networking opportunities.... 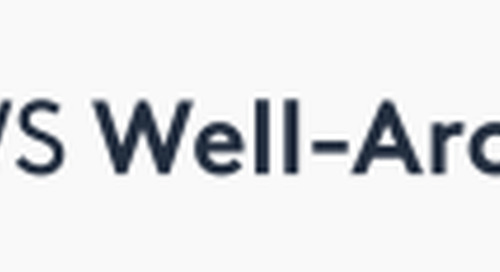 Introducing the Healthcare Industry Lens for the AWS Well-Architected Framework 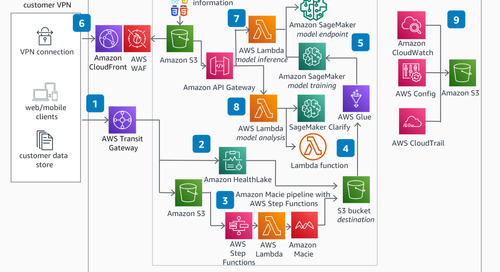 A Shifting Paradigm: Deciphering patient journeys with the power of AI/ML

Early detection of diseases and understanding disease progression patterns are critical for ensuring an accurate, timely diagnosis and accelerating access to the best treatments. A comprehensive... 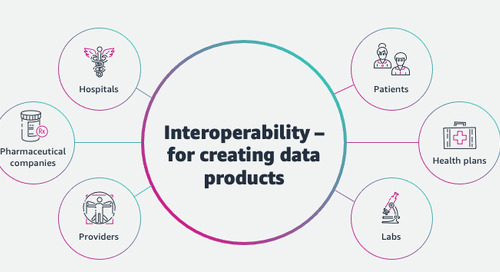 Every healthcare organization is trying to solve the problem of structuring their data to create a unified 360-degree view of their patients or members. Doing this correctly allows you can make... 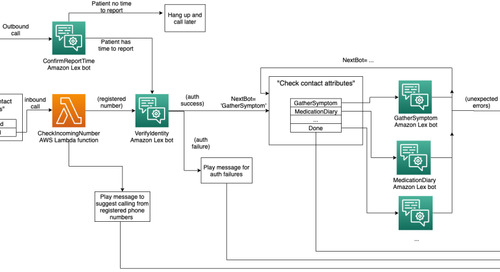 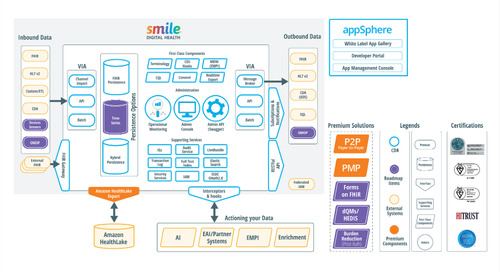 Care without Boundaries enabled by Smile Digital Health on AWS 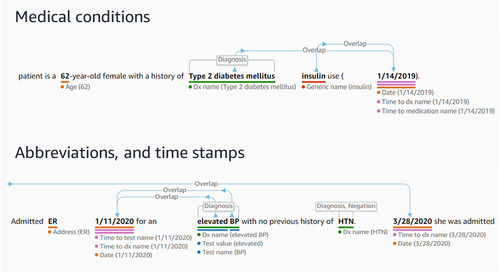 Across the board, healthcare providers are struggling to serve patients within the funds available to them. Remote healthcare, along with AI powered automation of doctors’ non-value adding... 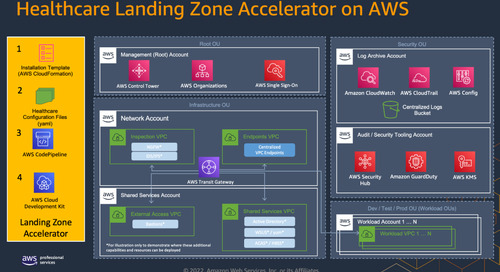 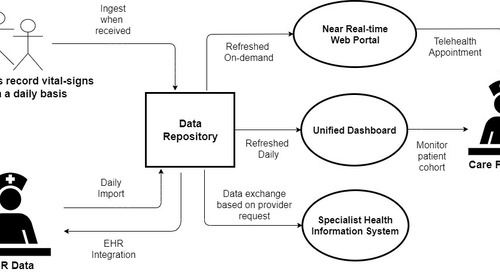