Data analysis in biological research today presents some interesting conundrums and challenges, including a rapidly increasing number and complexity of analytical methods, and many implementations of major algorithms and tools that do not scale well. As a result, reproducing the results of a pipeline or workflow can be challenging given the number of components, each having its own set of parameters, dependencies, supporting files, and installation requirements.

Corteva Agriscience is an agriscience company completely dedicated to agriculture, with the purpose of enriching the lives of those who produce and those who consume by ensuring progress for generations to come. At Corteva Agriscience, expression analysis continues to increase in complexity and scale, while facing those challenges for data analysis in biological research. This led to the creation of the Standardized Corteva Quantification Pipeline. By providing best practices for standardized quantification data, this pipeline takes a crucial first step toward mitigating and overcoming most of the data chaos from expression analysis while simultaneously catering to the needs of subject matter experts and downstream data management strategies.

Given these challenges and complexities, there were two possible paths for implementing the Standardized Corteva Quantification Pipeline:

Keeping in mind the speed and demand at which expression data was needed, it became increasingly clear to us that the most viable solution would be the ability to spin up and down instances on the cloud on demand. Corteva Agriscience uses AWS Batch for many projects; it is a set of batch management capabilities that enables you to easily and efficiently run hundreds or thousands of batch computing jobs on AWS. We wanted to develop a solution that enhances AWS Batch capabilities without duplicating the neat features and processes it provides. Nextflow’s capabilities with AWS Batch + Spot instances slotted perfectly in this scenario, as Nextflow provides features that extend AWS Batch functionalities in a multi-fold manner.

The team’s decision to use Nextflow with AWS Batch as the solution for standardizing quantification data for expression was primarily based on these four (of many) salient features:

The standardized quantification pipeline for expression written in Nextflow lingua uses these bioinformatics software programs: fastqc, bbtools, fastp, salmon, tximport, MultiQC. The underlying compute environment on AWS can scale up to 1024 vCPUS using the combination of r4.8xlarge, r5.8xlarge, r5d.8xlarge, and r5a.8xlarge instance types depending on the compute or memory needs of each of the bioinformatics processes within the workflow.  The architecture implemented with Nextflow and AWS Batch + Amazon EC2 Spot Instances is depicted in Figure 1. 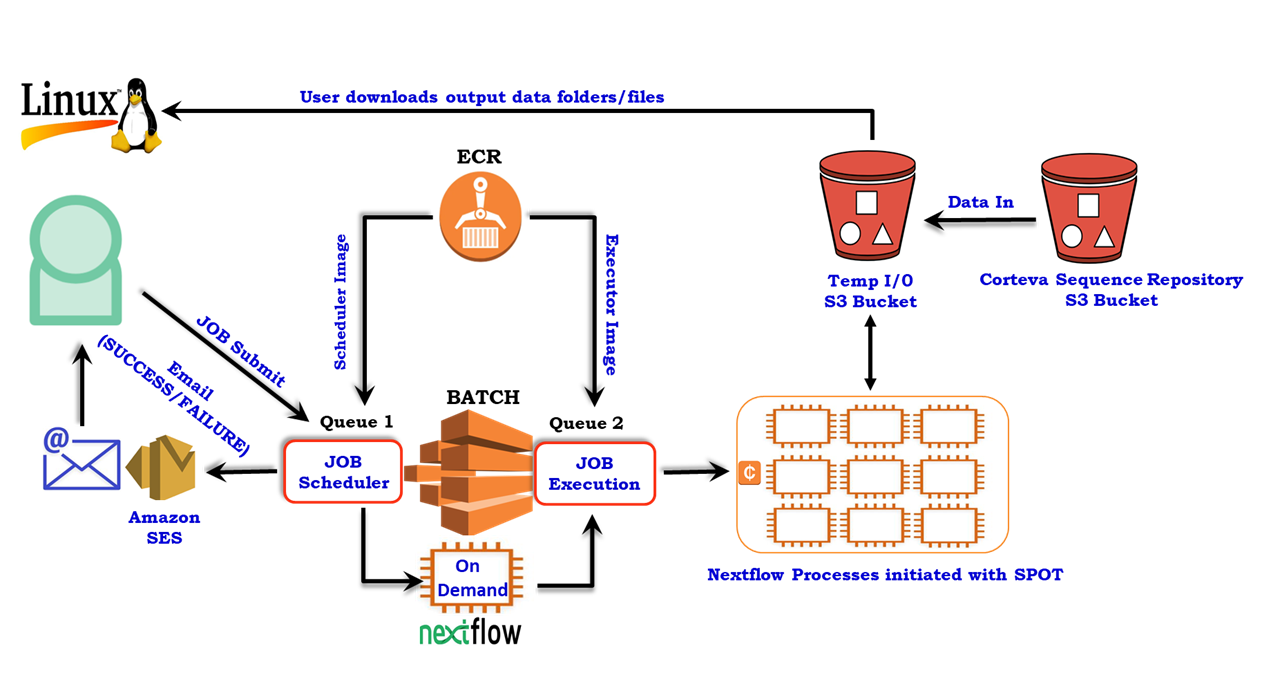 Notable parts of the architecture are the Scheduler Batch Node, the Executor Batch Node, and the EC2 Batch template.

The Scheduler Batch Node is an EC2 instance launched by AWS Batch to run the main Nextflow process which schedules workflow processes. It is important that this node use on-demand instances so that the main scheduling process is not interrupted. To enable this, we created an AWS Batch compute environment and job queue to use just for scheduling nodes using CloudFormation like the following:

Workflow processes are run in Executor Batch Nodes which can run on EC2 SPOT instances. Again, we created a dedicated compute environment and job queue just for executor nodes using a CloudFormation snippet like the following:

Executor Batch nodes also need some minimal provisioning to work with Nextflow. For this, we used a custom launch template like the following:

The Standardized Corteva Quantification Pipeline implemented with Nextflow and AWS Batch + EC2 Spot instances has resulted in significant savings in time and resources, as one can spin up a multitude of data analytics jobs on as-needed basis without the requirement for continual infrastructure. The pipeline has provided Corteva researchers worldwide with a best practices platform to quantitate expression data at scale, with the focus being on data analysis, rather than worrying about computational scalability and on-premises infrastructure costs.

After deployment, this pipeline continues to be heavily used to generate large datasets in a time-critical manner. Data generated by the pipeline feeds into an in-house expression data repository. The importance of this pipeline is underscored by the fact that it serves a crucial component for researchers developing innovative ways to assess regulatory and genic regions of genomes.

The Nextflow + AWS Batch solution we developed for the Standardized Corteva Quantification Pipeline will serve as a prototype for developing similar computationally intensive genomics pipelines (e.g., annotation/assembly) of varying complexities that are well positioned to be orchestrated in Nextflow. These efforts will thereby facilitate important biological or computational questions to be answered by researchers, while simultaneously enabling fault-tolerance, automation, and reproducibility of the pipelines being deployed. The futuristically designed prototype will be used as guide to migrate legacy bioinformatics workflows to Nextflow code which will help overcome issues with maintenance and reproducibility of those pipelines.

To learn more about the technologies in this blog, see Nextflow on AWS Batch and AWS Biotech Blueprint with Nextflow. 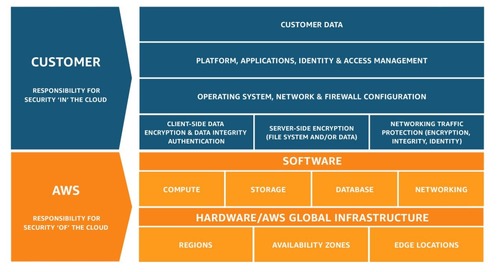 Applying the AWS Shared Responsibility Model to your GxP Solution 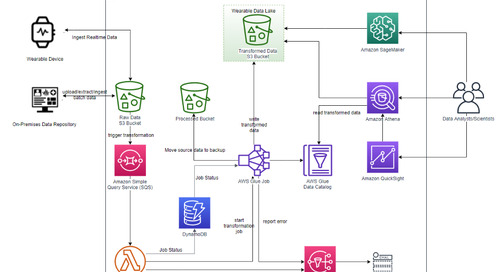 The key to meaningful progress in key global healthcare initiatives, like value-based care, reduction in co... 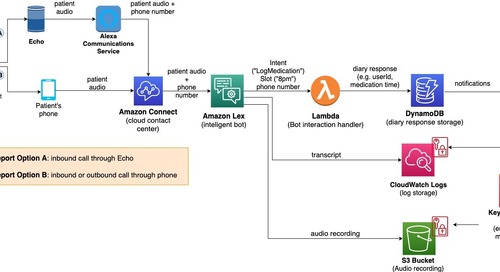 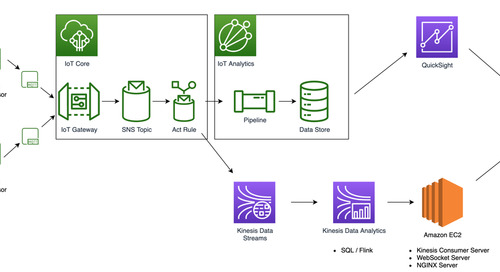 Many patients have only recently received their first remote clinical encounter, as remote patient monitoring and telehealth become more popular. However, the healthcare and life sciences industry... 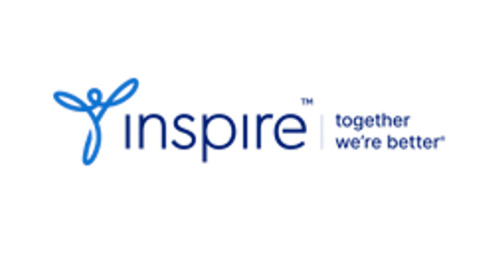 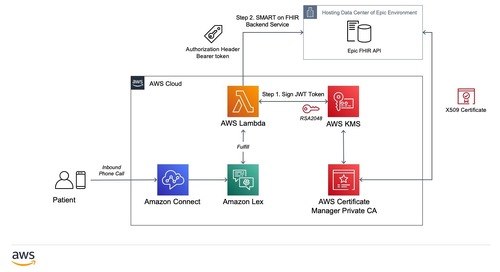 The healthcare industry is increasingly turning to technology to improve the user experience throughout the continuum of care. Healthcare organizations are developing new, innovative applications... 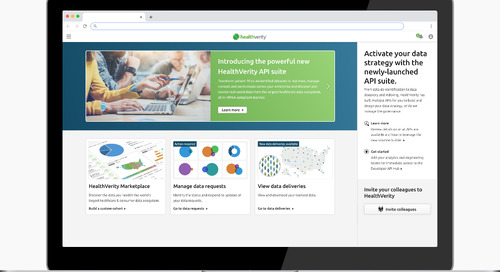 Executive Conversations: Modernizing the approach to healthcare data with Andrew Goldberg, Co-founder and COO of HealthVerity

Andrew Goldberg, Co-founder and COO of HealthVerity, joins Jared Saul, Global Head of Healthcare and Life Sciences Startups at AWS, for a discussion on industry trends shaping the way payors and... 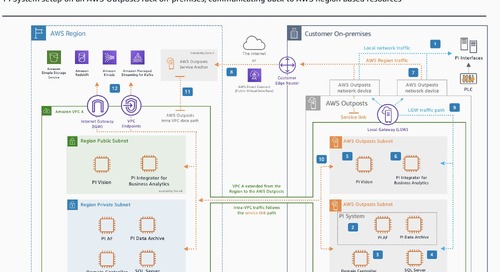 Introduction to OSIsoft PI System OSIsoft is a select AWS Partner and leader in industrial digital transformation. It has a comprehensive data infrastructure platform with the capability to ingest... 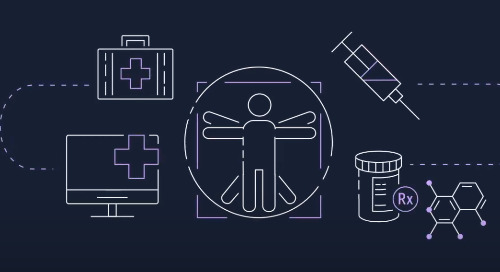 Applying the AWS Shared Responsibility Model to your GxP Solution

The AWS Shared Responsibility Model is often discussed as a topic to illustrate AWS security principles, but you can also apply it to compliance-related activities such as GxP. The shared model...

The key to meaningful progress in key global healthcare initiatives, like value-based care, reduction in costs, reduction of errors, and improving outcomes, lies within the vast quantity of data... 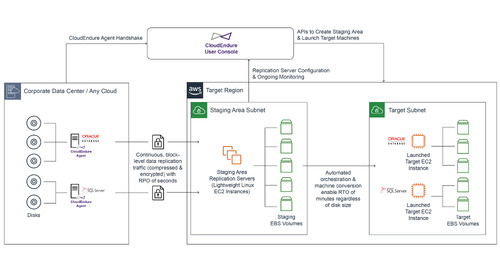 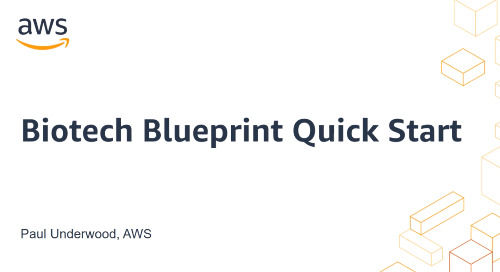 Watch a step-by-step guide for the Biotech Blueprint Quick Starts, which help you build a preclinical, cloud-based infrastructure on the AWS Cloud, based on industry best practices. 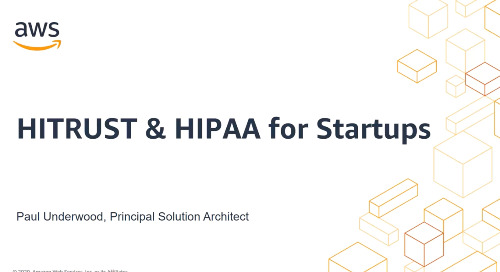 This Quick Start deploys a model environment that can help organizations with workloads that fall within the scope of the U.S. Health Insurance Portability and Accountability Act (HIPAA). 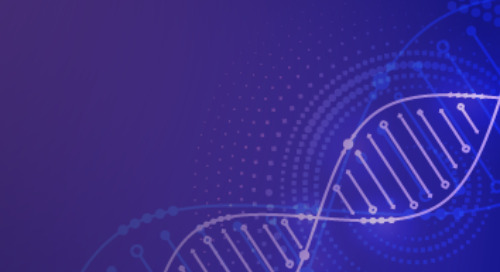 Learn how healthcare and life sciences startups leverage AWS to transform the world of health and accelerate research. 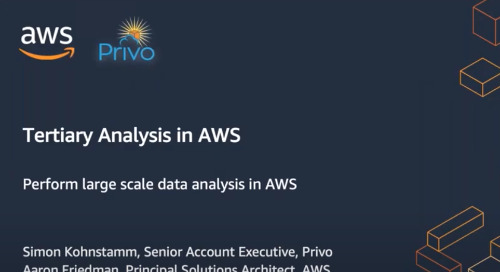 Learn about the tools that are available to make sense of large pools of data for Life Science organizations. 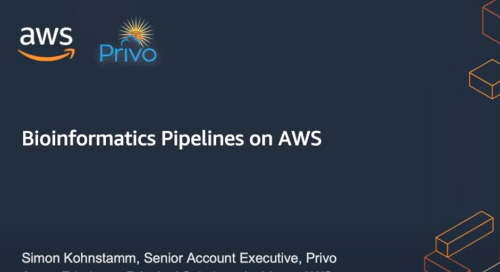 This session focuses on the two core challenges in developing and maintaining complex bioinformatics workloads: Containerization and Orchestration. 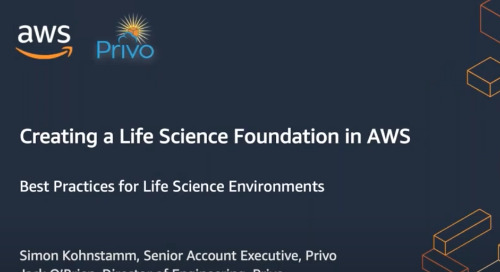 Learn about the native AWS tools that help users build out secure and flexible environments, with practices that are important specifically to life sciences companies. 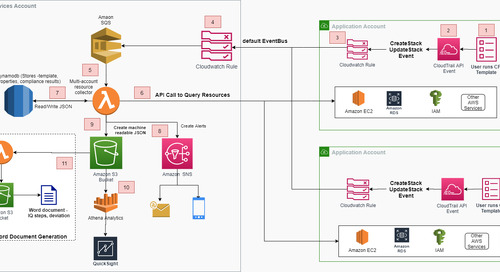 Read about the Installation Qualification (IQ), a proposed approach that can automate one of the first components of a validation plan. 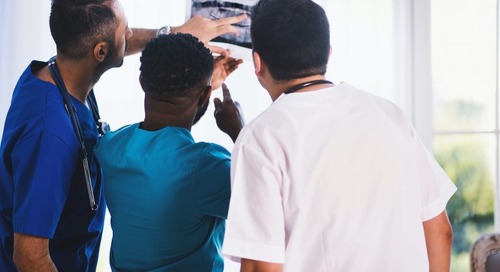 In the News: Data Empowers Patients and Providers

The following article originally appeared on WSJ. Whether based on your family history, your choices, your risk factors, or socioeconomic factors, healthcare is deeply personal at the individual... 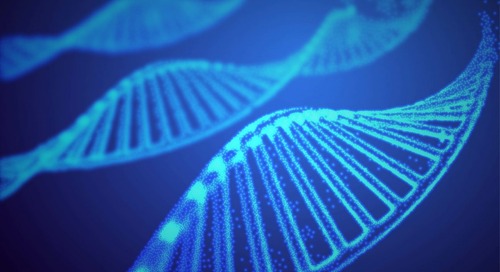 AWS and the National Library of Medicine’s (NLM) National Center for Biotechnology Information (NCBI) are happy to announce that the Sequence Read Archive (SRA) – one of the world’s largest... 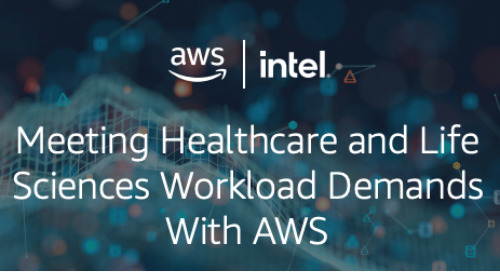