This blog describes the most common issues that customers are experiencing in on-premises SAP Commerce deployments. It gives a concrete way to achieve blue/green deployments on Amazon Elastic Kubernetes Service to have faster and more secure implementations of SAP Commerce applications.

The deployment procedure is based on what is described in the SAP official documentation regarding performing rolling update on the cluster.

The SAP Commerce application is deployed with an Helm Chart that supports blue/green deployment strategy.
The deployment is then automated with a simple Continuous Integration and Continuous Delivery/Continuous Deployment (CI/CD) pipeline using AWS CodeCommit, AWS CodePipeline, and AWS CodeBuild.

This blog assumes that the required infrastructure to run SAP Commerce has already been provisioned.
It is expected that the following components have been already deployed and configured:

SAP Commerce is a popular e-commerce platform provided by SAP and consists of an enterprise java web application.

Traditionally, in on-premises environments, SAP Commerce is deployed in a mutable infrastructure of servers or VMs. An SAP Commerce production environment consists of several application server nodes to scale to customer demands.

Since the cluster consists of several application nodes, the deployment can take several hours before the completion and have all the cluster nodes upgraded to the new version.

Long running deployments are a significant obstacle for e-commerce business and marketing teams that need to quickly cope with innovative solutions to remain competitive and thriving on the market.

The solution with blue/green deployments

By running SAP Commerce workloads on Amazon EKS, it is possible to implement multiple deployment strategies, including blue/green deployments.

The blue/green deployment technique enables to release of applications by shifting traffic between two identical environments that are running different versions of the application.
Blue/green deployments can mitigate common risks associated with deploying software, such as downtime and rollback capability. 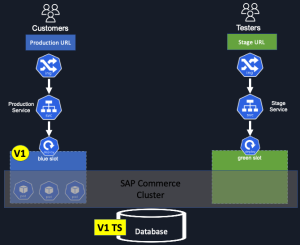 When the new (v2) release is deployed, two Kubernetes jobs are created in sequence to: 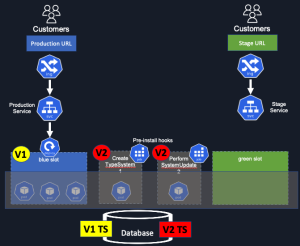 With blue/green deployment strategy, the new release (v2) is then deployed in the new green slot alongside the current version (v1), in the Amazon EKS cluster.

Both versions are then available simultaneously in different slots (blue and green) in the same production environment.
At this moment, the end customers continue to browse the current production release (v1) on the blue slot, and the testing team can access the new release (v2) on the green slot to enforce the testing strategies. 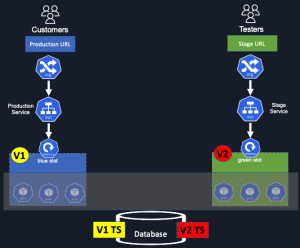 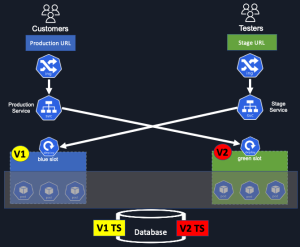 The old release (v1) is still available in the cluster and can be switched back to production in case of problems on release v2. Otherwise. it is possible to decommission the blue slot to free up the resources and allow to perform deployments of new releases. 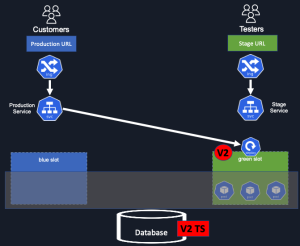 The artefact consists of a Helm chart to handle the application deployment and a CI/CD pipeline definition to automate the deployment process.

A Helm chart has been implemented to support blue green deployments strategies with SAP Commerce on Kubernetes (AmazonEKS).
The Helm chart comes with a set of scripts to perform installation and upgrade the helm chart in the CI/CD pipeline deployment automation. 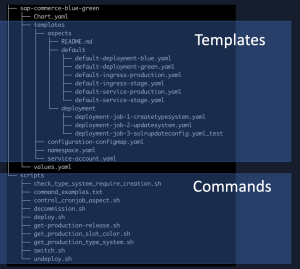 A pipeline has been defined to use AWS CodePipeline and AWS CodeBuild to install and upgrade the helm chart to deploy the SAP Commerce application.

The pipeline is created and started when a release-* branch is created in AWS CodeCommit.
To support a multi-branch strategy with AWS CodePipeline, this solution has been adopted.

When deploying for the first time the helm chart, it is assumed that the Type System of the first release is DEFAULT. This allows us to deploy without the need to create a dedicate type system for that release. The next release will be deployed in specific Type Systems that are created before the release is deployed with the same name of the release.

To setup the SAP Commerce deployment pipeline for blue/green deployments, please follow the installation guide available in the github repository.
Please make sure to follow the cleanup instruction to remove all the AWS resources and avoid incurring into additional costs.

A blue/green deployment strategy can be a game changer to speed up the deployment of new releases in e-commerce contexts.
I hope this blog can help you to get some insights to modernize and improve your SAP Commerce deployment pipeline.

This blog describes a simple proof of concept to deploy an SAP Commerce application with helm and a simple deployment pipeline.
To manage a production workload of SAP Commerce, additional steps including monitoring, observability, security, and performance tuning, are required. 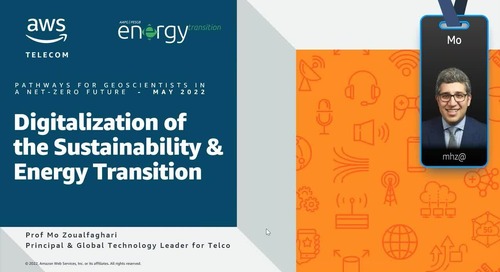 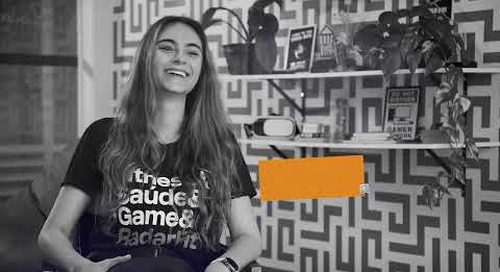 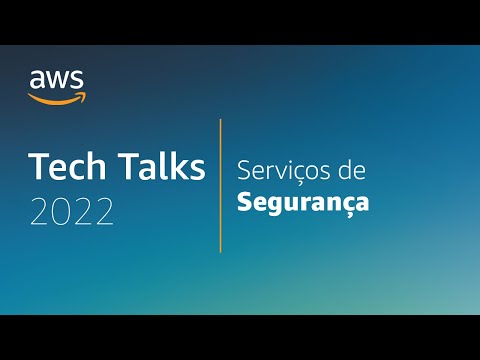 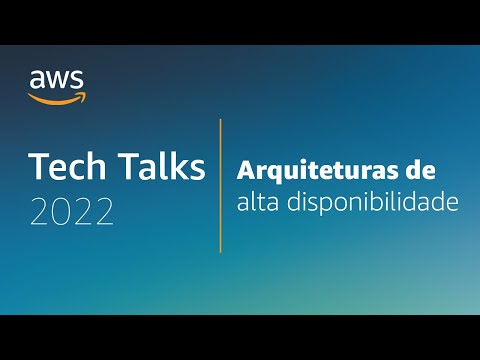 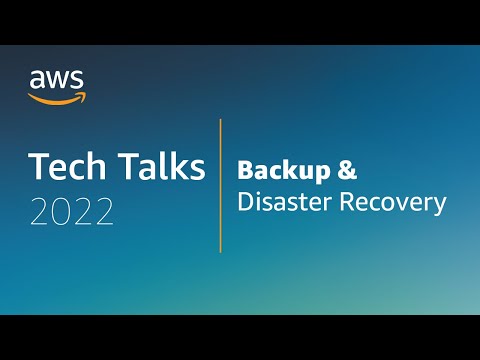 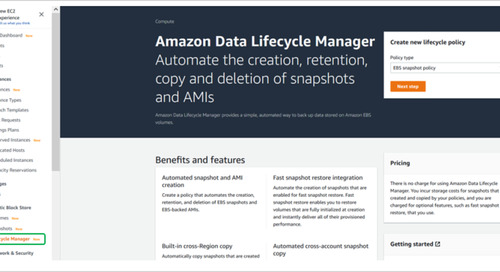 Customers use snapshots to capture a point-in-time copy of their data, which can be used to enable disaster recovery, migrate data across regions and accounts, and improve backup compliance. For... 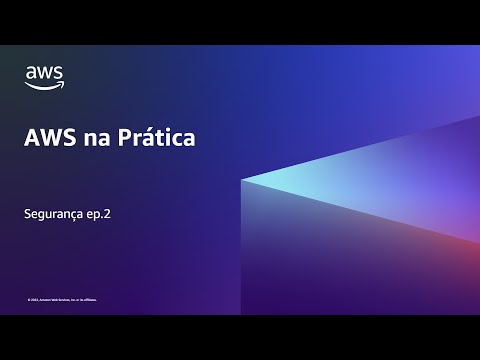 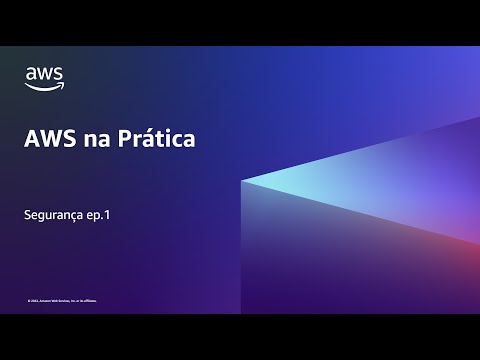 19:24
AWS Contact Center Days Day One - Amazon Connect in the real world How we built this
Watch Video 20:37
AWS Contact Center Days Day One - A day in the life with a cloud contact center visionary
Watch Video 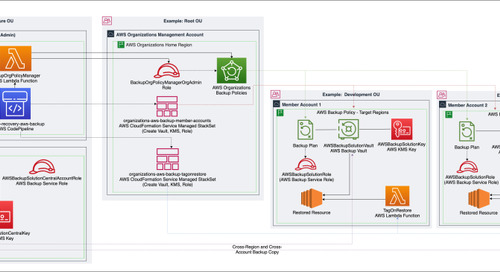 Automating and scaling your data protection and backup strategy helps you reduce manual overhead from time-consuming configuration, minimizes the risk for errors, provides visibility on drift... 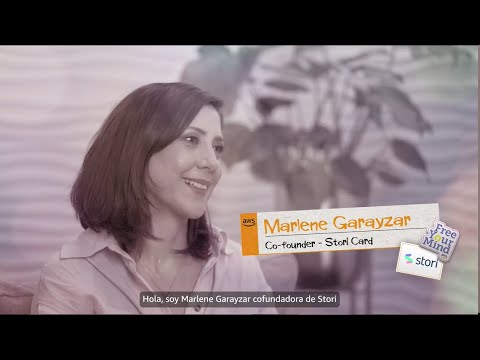 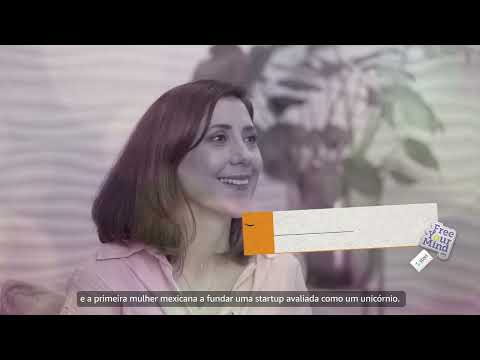 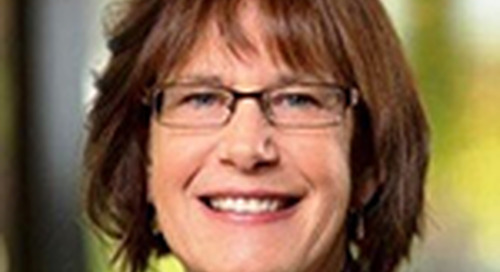 The success of pharmaceutical and biotechnology organizations rests on their ability to bring new therapies to market, which requires submitting clinical trial data to regulatory agencies.... 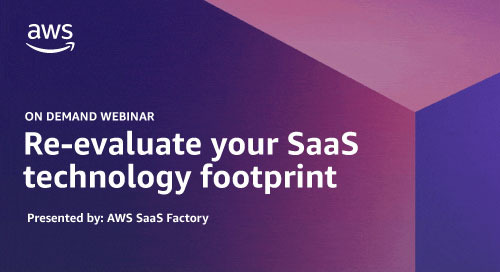 In this session, we’ll explore at some of the common areas where SaaS providers can introduce new strategies and mechanisms that can be applied to enhance both the operational and customer experience. 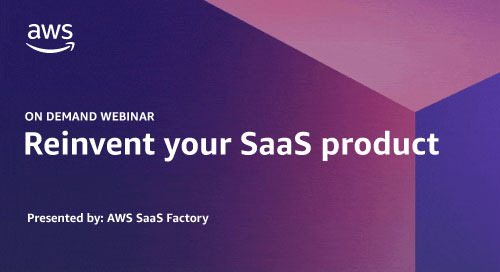 Watch our webinar to explore this strategy in depth, understanding the best practices and methodologies for expanding your product roadmap and introducing new revenue-steams for your business.